Yesterday (18 January) Steve Howard, IKEA’s head of sustainability said that we are witnessing a ‘peak’ in home furnishings – like peak oil (!) Today it is announced that China’s growth rate  has fallen to its lowest level, at 6.9%, in twenty five years, primarily as a result of slow down in manufacturing. Are we beginning to see the end of the era of mass consumption? There will certainly come a day, sometime, when people give up worshipping this false god. According to Grant McKraken: ‘Consumer culture perpetuates itself here precisely because it succeeds so well at failure.’ It offers a brief flicker of satisfaction which quickly dies away.

Then of course there are the arguments made by Robert Gordon in his famous 2012 article and his new book, that high rates of economic growth, as witnessed over the last 250 years,  are a thing of the past – at least for countries on the technological frontier, such as the US and Europe. His explanation is that there is no technical discovery on the horizon that could have anything like the same impact as that of first steam power and then electricity. (The telegraph was a more significant innovation than the internet.) So if we’re going to see decling demand as people get turned off mass-consumption, and declining supply of technical innovation all the government and central banks playing with mirrors will not restore economic growth. A more likely outcome will be, again, asset price inflation which will only further increase wealth inequality.

Yet in the West we live in an economy of great abundance. There is no absolute need for people to be homeless or cold or hungry. But there is a need to rethink economic institutions and structures so that thise abundance is shared more equally.  For this, at the moment a universal basic or citizen income seems to be the best idea around.

In his book The Powers that Be Walter Wink considers the meaning of Christ’s teaching to turn the other cheek.  He argues that this does not mean passively to accept violence, but rather to render it ineffective by making the violator look foolish.

The proposed legislation on the Fiscal Charter being debated today is fatuous nonsense. For a start the bill says that the government would not run a deficit in ‘normal times’. What are ‘normal times’? Secondly no government can tie the hands of a future government; legislation can always be repealed. No, the purpose of the legislation is primmarily to embarass and trick the Labour Party.

Now if the Parliamentary Labour Party had ‘turned the other cheek’, in the sense that Wink understands this, they would merely have refused to debate such a ridiculous, unnecessary bill and would have simply not turned up in the House of Commons – and preferably persuade the SNP to do the same. Osborne and his cronies would then have been the ones looking foolish debating with empty opposition benches and wasting Parliamentary time.

Corbynomics, the economic policies being advocated by Jeremy Corbyn and Shadow Chandelor John McDonnell, are far more orthodox and respected by professional economists than those of George Osborne and the Tory government.  In the week of the Labour Pary Conference, Dantemag published an article of mine making this point. Click the link here to read the article: Jeremy Corbyn’s economic turn. 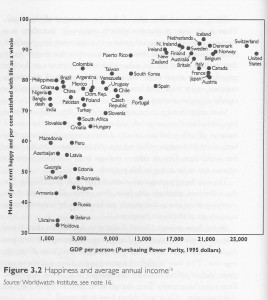